We have arrived to this world at 25.01.2013. Our mommy was very brave. First
of us was already taken care by mommy as she has done it many times before.
Gramma Caramel was not that clever; – )
Early neurological stimulation, membrane exercises preparing for driving
without car sickness, getting to know different noises, movement, different
strange sounds, meeting different and sometimes strange people, places and
situations. All of it and a lot more will be done to us in the critical
period of development.
However if we want that to have the biggest impact on us – those exercises
must be introduced to us in the certain development phases. In the phases
when smell and touch are the most important senses exercises will be
different to those when sight and hearing will develop.
Our mommy comes from the therapy lines while daddy from the working lines
(in training for seeking lost people). So for sure we will work with the
sense of smell in order to take the best out of the daddy’s potential,
however some exercises will be issued especially to make the best out of
mommys potential. Socialization plans will be build accordingly to give a
chance to both sets of the wonderful genes. We can not wait to see what is
going to come out of those 2 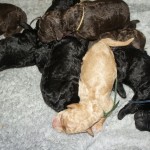 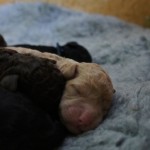 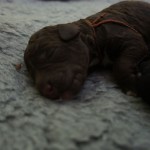 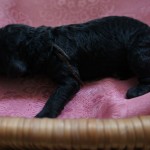 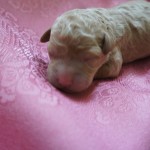 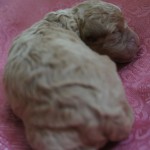 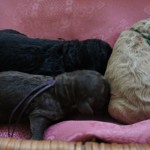 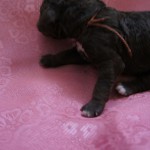 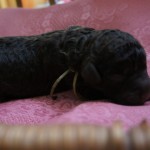 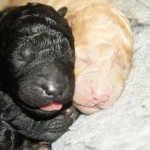 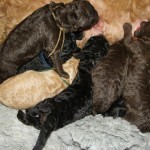 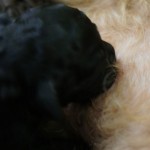 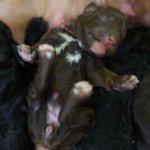 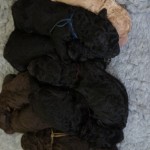 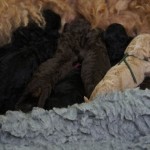 One week has passed by and we have already doubled the weight. They say it is crucial for our healthy development that we double the weight in the first week. So we were sitting on scale every day in the morning. Mommy feeds us very well and she takes care after us, licking our bellies (in the beginning puppies need mother to lick them in order to defecate)
Something is being done to us now and it is called early neurological development. It means the set of exercises that will have the certain impact on our nerve system:
We have adopted the Bio Sensor method to start our new pups off. The U.S. Military in their canine program developed a method that still serves as a guide to what works. In an effort to improve the performance of dogs used for military purposes, a program called “Bio Sensor” was developed. Later, it became known to the public as the “Super Dog” Program. Based on years of research, the military learned that early neurological stimulation exercises could have important and lasting effects. Their studies confirmed that there are specific time periods early in life when neurological stimulation has optimum results. The first period involves a window of time that begins at the third day of life and lasts until the sixteenth day. It is believed that because this interval of time is a period of rapid neurological growth and development, and therefore is of great importance to the individual.
The “Bio Sensor” program was also concerned with early neurological stimulation in order to give the dog a superior advantage. Its development utilized six exercises, which were designed to stimulate the neurological system. Each workout involves handling puppies once each day. The workouts requires handling puppies one at a time while performing a series of five exercises. Listed in nor order of preference we start stimulating using each of the five exercises. We complete the series from beginning to end before starting with the next pup. The handling of each pup once per day involves the following exercises: 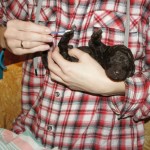 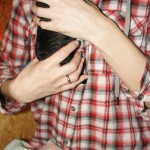 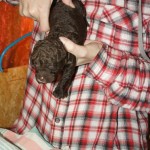 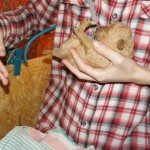 Labradoodle on the back

5. Thermal stimulation — use a damp towel that has been cooled in a refrigerator for at least five minutes. 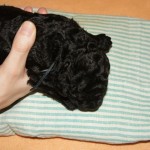 These five exercises will produce neurological stimulations, none of which naturally occur during this early period of life. Experience shows that sometimes pups will resist these exercises, others will appear unconcerned. It is important however that we do not extend the time beyond that recommended for each exercise. Over stimulation of the neurological system can have adverse and detrimental results.
These exercises impact the neurological system by kicking it into action earlier than would be normally expected. The result being an increased capacity that later will help to make the difference in its performance.
Five benefits have been observed in canines that were exposed to the Bio Sensor stimulation exercises:
• Improved cardio vascular performance (heart rate)
• Stronger heart beats
• Stronger adrenal glands
• More tolerance to stress
• Greater resistance to disease
In tests of learning, stimulated pups were found to be more active and were more exploratory than their non- stimulated littermates over which they were dominant in competitive situations.

Check out the new photos: 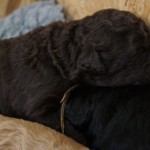 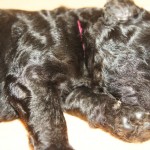 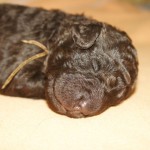 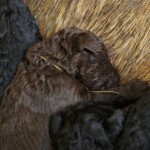 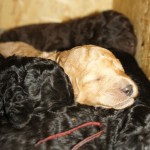 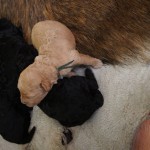 Labradoodle puppies on the boar 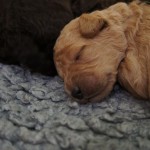 We are already preparing for the nest week socialization – scent samples 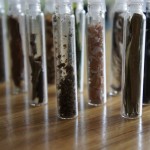 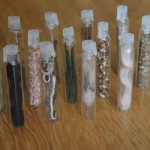 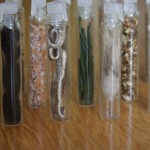