TED ( Technology, Entertainment and Design) – a scientific conference organized by the American Foundation, a non-profit Sapling Foundation. Objective – to popularize the motto – “ideas worth spreading .” Ideas , thoughts, visions that can change the world .

On 09/06/2013, we took a part in the polish version of Ted – TEDxRawaRiver. We presented our two projects. Both related to the animal world , both in connection to what people can gain from it, and how it can enrich our lives and our inner beings.

We – humans can read only those signals which are familiar to us – growling , wagging the tail … Meanwhile, the communication language of dogs is more subtle , but still clear –as if the dogs spoke to us in “small letters”.
Dogs speak to us, not verbally of course , but they can use developed system of body language . By signs as licking the nose, turning the head, yawning , blinking with eyes, raising paw, laying or sitting down ect. (total 28-29 signals ), our dog is trying to tell us something .

However not only. By sending these signals dog is trying to calm himself down, calm noises and the environment down and what is important – calm you or the other dog down. In a word, dog is trying to avoid problems, conflicts.
Dogs have inherited this ability from their ancestors – MASTERS OF SURVIVAL who saved their energy for hunting, instead of destructive conflicts. Even at this point we could learn a lot from animals .
To those who have dogs – how many times have you overslept to work?

You get up already nervous and yet you have to do a walk with your dog – a quick wee. And then you shout at him “come back” (raising you voice, irritated by your alarm clock that did not went on ), he begins to slow his movements down and sniffs around. ” What a stubborn dog , he wants to make me angry .”, you say.

No! The last thing he wants now is making you more angry then you already are. By slowing his movements and sniffing the ground ( next two calming signals) your dog wants to help you – to calm your aggression down. He tries as hard as he can, not to lead to the conflict.

We pass this knowledge to adults, and what if we passed on the knowledge to preschool and early school children, regardless of whether they have had their pets or not? What if these kids grow up in observation of that language ?

Children look at the world from different perspectives and they have an amazing imagination. In school we learn poems by heart, the multiplication tables by heart, spelling and punctuation rules , and does the school teach us to observe , draw conclusions from these observations and use them in our daily lives?

We study and discover what’s unknown. Scientists , for example are interested to know how do marine mammals communicate. Meanwhile, interactions are taking place right under our noses. But why to study something we think we know? Most dogs owners think they understand their dog ascribing them with human characteristics: dogs can be vicious, stupid , jealous or envious . To me it looks somewhat as a description of other specie and I do not think I have to mention which one.

Meanwhile, children are young scientists and growing in the observation of that language will certainly make an imprint onto their future.

Project number two “First Train the wild” was devoted to human communication skills. The manner in which we communicate with another person. How much of our communication is about criticism, threats, sanctions or manipulation.
Growing up in this language we do not realize that we can do different, we can do better.

First, we hate these structures as children but then it becomes the only thing that we know (we forget how many times we promise ourselves that we will do differently). Since we do not know how to reject old structures, we accept them as ours and pass them further onto future generations.

In the interaction between people there is too little feedback and if there is – it is bad, negative.

And what would happen if someone suddenly banned old structures – the language of criticism, anger or manipulation? Many of us would be handicapped as far as communication is concerned.

But then we’d have to get something in return – some new structures. Sometimes I think it would be our greatest opportunity .

I decided to play the role of guinea pig and take up the challenge – what will I learn from training animals or will animal training help me to develop other, better communication structures?

I have chosen rabbit to my experiment . Chicken would have been even better but somehow the farmers were afraid to lend out their “stock” . Well actually I am not surprised, nowadays chicken from ecological farms comes at price.
So why not choosing dogs for the experiment, aren’t they more available?

Why? The answer is quite simple – dogs, horses and humans are probably the most abused species . The reason lies in their behavior – they come, apologize (o rather we think they do), they forgive and can be easily manipulated ( say SIT and just press dogs’ bottom to force dog to sit – he will)

With rabbit or chicken it will not be so easy – from the start you know it is impossible to criticize or punish. Besides how will you punish the chicken? I grant that if you shout at it just once he will block himself and this is the end of the training – the only opportunity is lost. Now Imagine what if we had just one chance with human as well?

Since an opportunity of using standard tools has been taken away from me I have to develop new ones – I start to think creatively and adapt to the world map of the object trained. I can only reinforce positively those required behaviors – NOTHING MORE.

So, can we develop new structures of communication? Yes we can!

Find out more at my blog www.poskromdzikusa.blog.pl

The adventue with TEDx was amazing however it is only the beginning of that journey:) 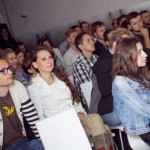 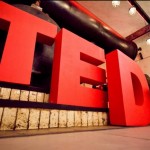 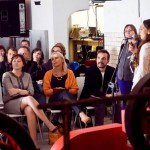 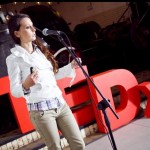 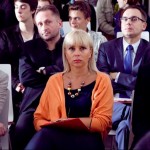 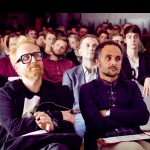 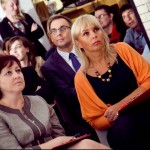